If you are considering bringing in outside IT help, you are among an estimated 92% of companies in the United States that do IT outsourcing. However, although outsourcing is the go-to model most businesses pick, it is not always the best option.

Development team staff augmentation is an outsourcing model that brings in additional dev team members as an on-demand service. When a company uses staff augmentation services, they have access to top nearshore or global dev talent that they can hire and onboard quickly on an hourly payment basis.

For example, during a critical upgrade, a software development company can hire X developers and purchase Y hours of their time per month, augmenting its internal development resources.

If the upgrade requires more time or talent, the company can quickly request more developers or purchase more hours, providing the resources needed to complete the upgrade successfully.

Reach out to us!
Dev Team Staff Augmentation vs. Other Staffing Models

Among staffing solutions, multiple models exist. How does each compare to dev team staff augmentation?

Here is a scenario that explains each.

Company X has discovered an opportunity that requires developing an MVP mobile app to assess the market. The internal dev team is maxed out on current projects and routine work. Management wants to know whether staff augmentation is the best option and requests a brief comparison with other staffing solutions.

Upscaling an internal team through direct hires would be both time-consuming and expensive. Starting a recruitment process to hire an additional team member would not meet project timelines and cost constraints. On the other hand, augmenting the dev team with outside resources would make it easier to ramp up the team quickly and at a lower cost.

Suppose Company X is a large company with an extensive internal dev team. It can recruit dev team members to undertake the project while delegating their work to other members. A smaller company’s dev team would not have the capacity to take on the new project. Dev team staff augmentation would add developers to the internal team, making it easier to commit resources to the new project.

Company X can opt to outsource the MVP project, but they would need to spend months creating spec documents, onboarding a dedicated team, assigning a DevOps team, etc. While great for large standalone projects, outsourcing does not work well for smaller faster-to-market projects. On the other hand, staff augmentation would work better because the new developers would be embedded within the existing team, making it easier and faster to roll out the MVP.

Subcontracting would involve sourcing a third-party company and handing over the entire project to them. While the subcontracting company will provide many details in an SLA and other contract documents, the timeline may be longer. On the other hand, augmentation would provide Devs-as-a-Service, with the company only paying for hours worked on the project.

Independent contractors (freelancers) play a crucial role in helping companies fill skill gaps. But in this scenario, where multiple additional skills are required, onboarding several freelancers might not work. Considering freelancers can be unreliable, the MVP could suffer talent churn, skill mismatches, and delays. Augmentation provides top skills within a predictable and reliable framework that the staff augmentation company manages.

Managed services typically oversee routine IT processes like security and upgrades defined in an SLA. Dev team augmentations services would fit the custom software MVP project better because the new developers would be working within the scope of the internal dev team, extending their capabilities instead of working within a rigid SLA.

Extending your internal dev team might be necessary for several scenarios, including:

As mentioned in the previous section, dev team augmentation is ideal for new projects, including MVPs, Microsoft migrations, software apps, and new IT infrastructure and solutions. A staff augmentation company can provide additional talent like a project manager, CTO, and other IT professionals to complete the project quickly and efficiently.

Companies undergoing rapid growth might not have the time to recruit new developers. While recruitment might be on the cards in the mid-term, immediate needs may require contracting a staff augmentation services company to bridge the HR gap.

Adopting modern technologies like cloud, AI, machine learning, and big data might mandate specialized skills in those fields. However, such skills are hard to find and often come at a premium. A dev team staff augmentation company can help source this talent at a fraction of the cost of hiring them full-time.

In cases where a company goes through seasonal bumps like during annual upgrades, high-volume market seasons, or product transitions, it may be helpful to collaborate with a staff augmentation service provider. You can ramp up the developers and hours bought during these seasons and taper off during low seasons.

Smaller companies must often balance IT and development needs with budgetary constraints. While hiring the top 1% of skills may be off the table for such companies, they can work with similarly talented individuals as a ‘time-share’ arrangement within a staff augmentation agreement.

Dev team staff augmentation companies maintain a roster of the top 1% of software engineers, UX designers, SCRUM masters, and Agile developers from countries like Ukraine and India. When you hire a remote team through such a company, you gain access to some of the best tech talent in the world who bring a fresh perspective and a specific skill set to your dev team.

Staff augmentation typically does not have lengthy SLAs and service contracts. Purchased as an ‘as-a-Service’ solution, you pay to switch on the services the same way you would pay for a software subscription. In many cases, the developers are experienced, so the onboarding process is also similarly straightforward. 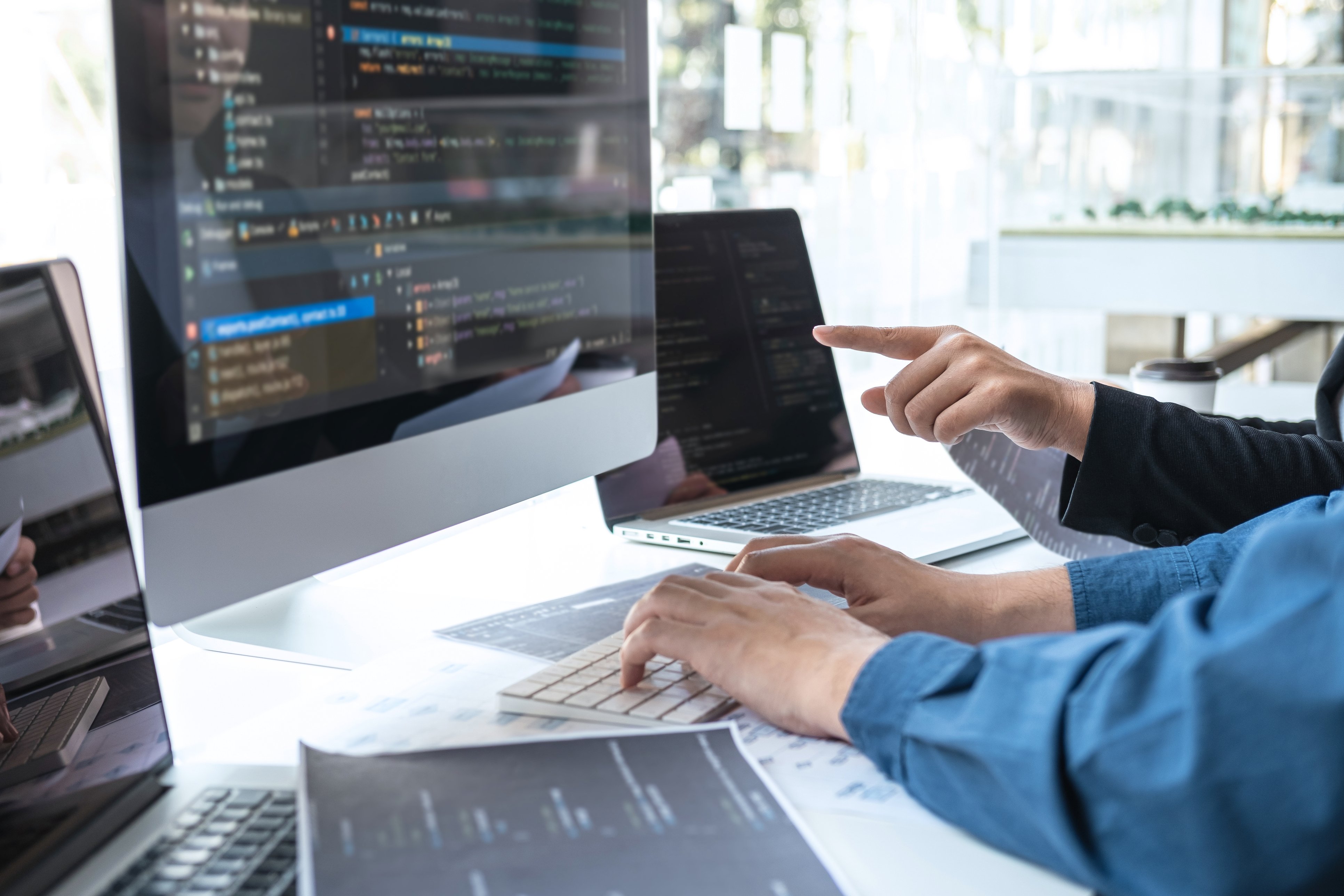 Staff augmentation makes it easy to increase and decrease your dev team by curating required skills from an on-demand talent pool. Instead of locking in with year-long contracts and service agreements, staff augmentation only charges you for the resources you are using at a time. If project dynamics change, you can quickly scale up or down.

Dev team staff augmentation uses a ‘time share’ model, where you make fractional payments for what are typically expensive resources. Those cost savings add up quickly when you bring in talented developers at a fraction of what it would cost to hire them full-time.

As with any staffing business model, there are also dev team staff augmentation risks, including:

If your company has a unique culture or business context, it might be challenging to onboard new developers. Challenges might include slow onboarding, difficulty finding developers that match the internal culture, and a general clash of perceptions.

If a company has flawed internal development processes, bringing in the right augmented staff members might prove challenging. In addition, recruited talent might find it challenging to work in such an environment, making it difficult for the company to attract top talent.

Incoming developers might not be familiar with your company’s workflow or time zone. Such a mismatch might affect reporting and productivity processes, creating bottlenecks that slow down the project and require more coordination and handholding.

Bringing in outside developers without a formal onboarding and hiring process can expose the company’s IP without robust protections. If the dev staff augmentation company does not provide detailed IP non-disclosure contracts, your company might have to develop these documents and deliver them to incoming personnel.

Augmented staff members might be sourced from other countries, meaning they work as remote developers. The hiring company must undertake extra steps to secure IT resources and infrastructure in such scenarios. In this way, dev staff augmentation might increase the need for enhanced cybersecurity and remote working security protocols.

Ready to augment your development team?

The best dev team staff augmentation company will provide the right services and developers to help you achieve your goals.

Here is what to look for in the best dev team staff augmentation company:

Helps You Evaluate Your Needs

Has business analysts to help define deliverables, goals, and KPIs. As part of the analysis, they should also help you evaluate the skills and talent you require in meeting your plans to develop a definitive job description for the ideal candidate. Has Experience and Expertise

The best dev team staff augmentation companies have experience and expertise in recruiting and selecting the best talent. Working with such a provider will help you avoid hiring the wrong talent that does not match your internal requirements, plus they will ensure the recruitment process runs smoothly and as expected.

They have access to the top 1% of global talent in multiple software development categories and can quickly schedule them for interviews with you. In addition, they have robust recruitment processes and networks that can quickly find additional talent as required.

Onboarding can be a challenge, especially if you do not have the bandwidth to do so. The best augmentation service providers will assist in onboarding new developers, including screening them based on provided parameters.

The best dev team augmentation companies do not abandon their talent once they get hired. They provide an account manager who stays in touch with them, monitors their performance, and ensures they work optimally to help you meet your objectives.

While a lot resides on the staff augmentation company’s side of the court, some factors can only be addressed from the hiring company’s side.

Companies that want to extract the most value from dev team staff augmentation should consider following these best practices:

The staff augmentation service provider can benefit from understanding your vision and goals. This information can provide a basis for recruiting developers for your company. Concomitantly, communicating the same to incoming developers can help them better understand how to participate within the team context.

Be Willing to Listen to Experts

Although recruited developers are newcomers, they are often very experienced and bring a wealth of know-how from previous projects and companies. One of the best ways to benefit from staff augmentation is to be willing to listen to such hires and take their advice when appropriate.

While all developers recruited are talented, shortlisting those with a synergistic background can help hasten the onboarding process. For example, you can request developers who have worked in your industry or similarly sized companies.

When new team members join, onboard, integrate, and empower them alongside full-time employees. Also, provide information like a knowledgebase or library that they can use to do their job better and work more efficiently.

O8 is a trusted dev team staff augmentation company with years of experience helping companies find the right short-term and long-term IT talent to drive projects.

If your dev team is maxed out and has no bandwidth for new projects or increased work on existing ones, O8 can help you tap into local or global dev talent to bridge that gap.

Contact us today to schedule a free onboarding meeting and get a free developer skills assessment for your project requirements.